How a Healthy Lifestyle Benefits Your Mind as Well as Body 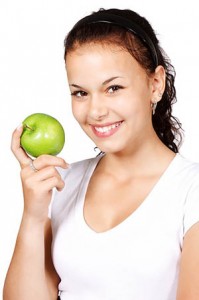 We all know that a healthy lifestyle, such as not smoking, keeping your weight down, eating right, regular exercise, and low moderate alcohol intake contributes to long-term health benefits. The recently completed Caerphilly Cohort Study expands the known benefits of a healthy lifestyle to include more evidence for improvements in cognitive function, and a reduced incidence of dementia.

The study began in 1979, and spanned a full 35 years. The health habits of 2,235 men between the ages of 45 and 59 were correlated to their incidences of diabetes, vascular disease, cancer, cognitive impairment, dementia and death (from all causes). The study tracked five healthy behaviors:

“The size of reduction in the instance of disease owing to these simple healthy steps has really amazed us and is of enormous importance in an aging population,” said Principle Investigator Professor Peter Elwood from Cardiff University’s School of Medicine. “What the research shows is that following a healthy lifestyle confers surprisingly large benefits to health – healthy behaviours have a far more beneficial effect than any medical treatment or preventative procedure.” Cardiff University News Centre

Compared to those who followed none of the healthy behaviors, the groups who followed four or five experienced:

It is interesting to note that the most significant factor in the 60% decline in cognitive function and dementia was found to be regular exercise.

“This more detailed analysis suggests any benefit of physical activity on cognition is likely to be mediated via vascular metabolic and emotional pathways rather than being independent of these factors.” Caerphilly Cohort Study

This study shows the extent to which a healthy lifestyle can contribute to preventing illness and preserving our health. The study was admittedly limited to only five behaviors, and did not take into account socioeconomic factors, education, or marital status. Nevertheless, it does show how the decisions we make affect our future health and longevity. Give me a call if you would like to know more about the benefits of a healthy lifestyle, I’d love to help.

How a Healthy Lifestyle Benefits Your Mind as Well as Body was last modified: March 31st, 2014 by admin

This article was posted in Nutrition, Wellness and tagged healthy lifestyle. Bookmark the permalink. Follow comments with the RSS feed for this post. Both comments and trackbacks are closed.
6302084678